There seems to be no end to stories of newsmakers being accused of sexual misconduct.  It makes headlines when it is a celebrity or politician, but one can be certain it reaches into every corner of the workplace.

The latest and most high profile is Minnesota Senator Al Franken who has been accused of groping and inappropriate actions and remarks against a host of women.  Yesterday the former comic and Senator faced the media — briefly — to say what he’s been saying since the allegations, and photograph, came to light.

There seems to be a playbook of what to say and what not to say in these situations.  Most will admit wrongdoing and promise to never do it again.  They know denial will just give more life to the story.  So it’s best to admit they did wrong and hope the story dies.

It is typical PR strategy.  The first step is to get ahead of the story, if you can, but you don’t want to create a story that might not happen.  When and if it does, then protect yourself legally, admit to wrongdoing, go to therapy, apologize and hope your fans and constituents move on.

It seems likely this is a story that will live on forever.  Men in positions of power levy their power for their own gain and satisfaction.  The stories we have heard are probably a small fraction of the stories that exist.  But unless legal action is take, as it is with Harvey Weinstein in one case, there is not much to do other than hope people will eventually forget about it. 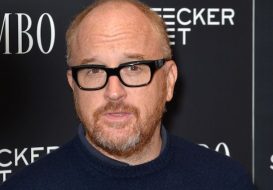 One day you are a media superstar.  The next people are terrified to utter your name.

Some people have built comedy empires making fun of other people.  The king of insult comedy was Don Rickles.  But everybody knew it was all in fun and deep down he was a marshmallow.

Then there are Louis C.K., and Kathy Griffin and others.  Their style of humor leave one wondering if it is really humor or an acceptable platform to spout hurtful insults.

But no longer.  Kathy Griffin has to work overseas after her Donald Trump mask fiasco, and Louis C.K. saw a mega star career come crashing down in one day after accusations of sexual misconduct. Accusations he admitted to.

There have to be people somewhere, someplace taking quiet satisfaction when things like this happen.  And when they do, there are few friends to come to their defense.  The most obvious is Louis C.K. who for years was a writer for top TV talent such as Stephen Colbert, Conen O’Brien and on and on.  Everybody knew him before he made it big.  And it is like they knew his behavior and kept quiet.

They still are keeping quiet.

Perhaps the lesson for media and PR sustainability is be careful what bridges you burn and what fellow entertainers you insult.

One day you just might need the friendship you threw away so easily.