Several years ago we received a morning telephone call from a law firm client saying a client of theirs was being charged with 342 counts of civil and criminal wrongdoing by the Los Angeles City Attorney. The charges involved the leaking of PCBs while on the freeway.  Two hours later the City Attorney called a news conference to announce the litigation filing. We were there. Three hours later, in our client’s office, we called our own news conference to counter the charges. The story dominated both local and national media for three days. Six months later all charges were dropped.

We have extensive experience working with law firms and organizations to provide PR counsel on litigation matters. In today’s digital world where rumors spread rapidly, having a media strategy is a critical part of overall legal strategy. Public opinion on social media often drives the narrative during trial. We can function as media spokespersons for our clients and/or provide behind the scenes strategy by writing statements and working the press to assure that media coverage of court cases is fair, accurate and balanced.

Just some of the types of cases we have work on include: 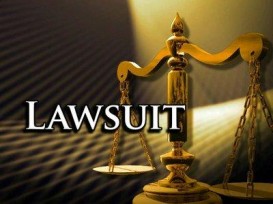 Helping attorneys and their clients manage media has been a focus of Farr Marketing dating back two decades.

Now that the world is coming out of the pandemic, so are nonprofit events. After two years when all events by charity organizations were moved online due to COVID, does it make sense to make them in person again? While most organizations bemoaned having to cancel their events and doing them on Zoom, many are […]

We hear quite a bit about making your voice heard. But that’s on a personal level. Your nonprofit also has a voice and it can be heard through your public relations (PR) and marketing strategy. What does this mean? It means not only telling the world what it is your nonprofit does, but how your […]

If your nonprofit wants to win the public relations/marketing game as you compete with other nonprofits that essentially serve the same audiences, there are some must-haves. Here they are: Spokesperson — The ideal spokesperson is the CEO of executive director. Assure he/she is trained in media relations and can think quickly. Visionary — Every nonprofit […]